About The British School in Cairo

The British School in Cairo has come a long way since its establishment back in August, 2004. It has grown in so many ways – in physical size, in the facilities on campus, in the number of pupils on roll (which has tripled to more than a thousand), and in reputation in the local community.

Many of us who have been honoured to participate in the School’s journey since then are justifiably proud of its various achievements. We have now started to see pupils who spent a decade or so at the School graduate and enter top universities and competitive faculties, either in Egypt or overseas, many of them with full scholarships. It has been gratifying to see how pupils have flourished at the British School in Cairo over the years, not only academically, but also socially, physically and culturally. They have had the opportunity to take part in a rich array of sporting, citizenship and extra-curricular activities, such as trips in Egypt and overseas, camps, musical shows, debates and concerts.

Our pupils continue to be at the heart of our concerns and our decision-making. We are proud of our reputation of having some of the most pleasant and best behaved cohorts of pupils in any school, and wish to remain selective in our intake, and to retain the highest standards of ethics and behaviour at all times. Levels of academic achievement continue to increase over the years, with some year groups having 100 percent of their pupils at or above the year group target in core skills, despite a vast majority of second-language learners.

We wish to retain and consolidate our strong links with the local community, including the many charity events managed by founding Administrative Principal, Ms Mouchira Louis, such as the annual fundraising Fun Day and Orphans’ Day events. We also retain a Partnership Agreement with the British University in Egypt, which offers a full scholarship to the top graduates of our IGCSE section, led by Coordinator and IGCSE Principal Ms A’mal Amer, each year.

How would you rate The British School in Cairo? 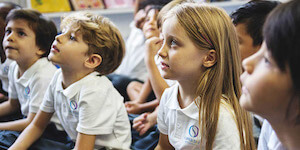 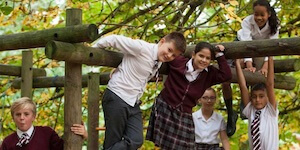 A great new school in Cairo!

You can easily add The British School in Cairo to your shortlist.

4 Reviews of The British School in Cairo

How would you rate The British School in Cairo?

Bassant Adel, a year ago

A ghastly place for education. They value grades and marks more than authentic, genuine learning. In fact, a lot of teachers are not professional or sufficiently qualified for their position. A plethora of teachers perceive it arduous to differentiate between personal issues with pupils and academical judging. As for the behavioural aspect, it is astonishing that some pupils are capable of doing indescribable actions with no appropriate sanction, in response. Inadequate pupils are accepted into the school with no systematic judgement - behaviourally as well as academically. Year by year, it deteriorates. Many pupils will encounter traumatic events and it will be deemed as 'common' to the school. These comments are objective and most pupils will agree. If you are yearning for a pleasant experience, this school is not the place. - Moaaz Mahmoud, a former pupil.

Omar Amgad, a year ago

53 other schools in Cairo