At New World International School, we are innovative and forward thinking. We embrace new ideas and adapt to new methods of teaching and tools for learning, keeping our school at the forefront of educational best practice. We ensure the children are central to the learning process and that they share in our high expectations of them, both academically and socially, as we aim to develop students who are lifelong learners and dynamic global citizens of the 21st Century.

How would you rate New World International School? 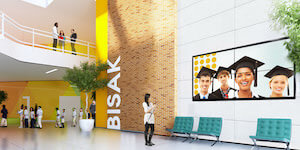 You can easily add New World International School to your shortlist.

How would you rate New World International School?

New World is amazing, the teachers are great they teach the children in a very fun and exciting way so they can love studying too.

New world international school is a very good choice for a child . It has excellent facilities, very skilled teachers and an outstanding variety of extra curricular activities.

Only cares of money no matter the educational level plus the families pay more in home to build the good online education coz this school refuses to welcome back the kids, the families afford internet fee, laptops and its maintenance, paper and printers with inks ..etc then the school asks for the completed fees or blocking the marks while already families know them coz the mothers solve the exams online by they own and in the end , the school is happy with the extra income and consists to not welcome back the kids .. only money only business

Their teachers are so bad and their facilities are poor

In my opinion, this is one of the worst schools. From 2000 to 2015, one of the best schools in the country; is now one of the worst schools anyone could ever conceive! I can't imagine how bad this school is, from the failing educational level to the inadequate amenities we have. The first issue at hand is a lack of educational quality. This institution has, in recent years, prioritized number over quality, a trend that has remained unexpected throughout the years. The teachers' lack of enthusiasm in adequately teaching anything from the curriculum is the second issue. Yes, there are a few excellent teachers, but they are outnumbered by a large number of inexperienced teachers who are unable to teach their own subject or even control their own class. his school does not give any extracurricular activities. What the school claims about delivering enjoyable activities is a complete fabrication! They don't give any enjoyable activities, and when they do, they try to extract as much money as possible from parents/guardians or pupils. There are cafeterias that overcharge by a factor of two or even four. The level of racism at school is astounding. If you want your child to have a proper education, I hope no parent sends their child/children to this school. There are many superior educational institutions available.

If I could give this school 0 stars, I would, in a heartbeat. As someone who has attended this school for well over a decade, take it from me, do not send your children there. The more terrible aspects of the school became increasingly ubiquitous during my high school years. My senior year experience was nothing short of absolute atrocity. 1. MANAGEMENT - The management is completely indifferent in regards to any affairs relating to the student (besides their money, of course) or their concerns. Their only focus is on maintaining a "good image" of the school, which frankly, in any universe, does not exit for NWIS. Students are bullied into obedience, and none of their nor their parents' concerns are ever taken seriously. If the school finds it so easy to dismiss a parent's anxiety, imagine how the students are treated on a daily basis. Spoiler alert, it's pretty dang awful. Everything is swept under the rug, blamed on the student, and never dealt with. Azra herself, in my humble opinion, has played a major part in contributing to the general discontentedness in the air surrounding every student. 2. SEXISM & MISOGYNY - These run rampant in the poorly cleaned halls of NWIS. Perhaps NWIS is a time machine, transporting every woman to 1800s, truly a ghastly scientific marvel of sorts. Girls were not allowed to bring their electronic devices, including laptops, up until a couple of years ago (strictly for study purposes may I add) while this was a common occurrence among the boys. They were also extremely lenient regarding the boys' uniforms. If a girl had done this, she'd probably be threatened with suspension and be left in tears. For heaven's sake, browse the god-awful instagram account, you'll find boys in their unlaundered sweatpants. Maybe I am to blame for hoping that the school would've treated me as an equal to my brothers, as Azra once said "the world is an unfair place for women, get used to it". Her words, not mine. 3. RACISM - For an international school that claims that they are on the forefront of celebrating diversity, it is quite racist. You'll see that Arabs and South Asians are quite divided and there's nothing done to remedy this. Students are expected to just put up with this. Just absolutely horrific, I hated dealing with this, and it is such a relief to have gotten out.

The teacher who teaches there are excellent,

It is a great school in all fields Teachers, Facilities, books, cleanliness and all other things are excellent, .

They were moderate before corona, but since schools stopped , failed to give any value to my kids , and only looking for money !!!

A Unique School in its own way in Al-Khobar. I do attribute to the Academic Excellence with professional and a caring teaching staff directing the Hands on learning system with varieties of opportunities to explore the knowledge. Extra-curricular Activities and events here enables the student to evolve and prepare for a successful future.My daughter accomplished her schooling here since Nursery and has been benefited with best Education of all these years .I am always very grateful to this Wonderful School. Regards!

Excellent school for my children. My children educational journey with New World was amazing. The knowledge they had gained during their high school years helped them a lot during their university years. SALUTE to New World International School for its Excellency.

This school is really wonderful. I love this school! My son loves to go school every day. I would like to recommended this school to all of my friends because I am very happy with the school management and study environment.

Terrible school. Never gonna put my kids or recommend it to anyone! It’s just pure business!

16 other schools in Al Khobar