Thai-Chinese International School is a pre-kindergarten-grade 12 international school in Samutprakarn located near Bangkok and close to Mega Banga and Suvarnabhumi.

Founded in 1995 TCIS is an American curriculum school with a focus on trilingual education. The curriculum is student centered and dynamic. We challenge students to collaborate, communicate, be creative, and to think critically. Our educators implement learning experiences that allow students to master the 21st century skills necessary for future success.

All core subject classes are taught in English by fluent native speakers while Thai and Chinese (Mandarin and both traditional and simplified) language classes are taught by native Thai and Taiwanese teachers. TCIS has separate elementary, middle and high school facilities. TCIS offers after school academic, athletic and enrichment programs.

Thai-Chinese International School graduates received over $1,000,000 in university scholarships in 2018 and 100% of graduates were accepted to top universities in North America, Europe and Asia.

A very friendly environment for both students and teachers

My daughters are always happy to go to school 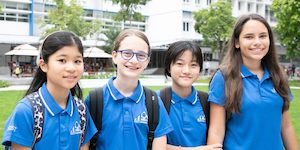 Loved everything about my time at NIST 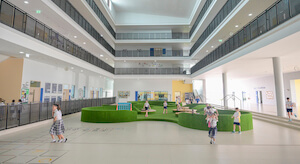 An impressive school with fantastic facilities. Teachers are excellent

You can easily add Thai-Chinese International School (TCIS) to your shortlist.

I am a student at TCIS and I think that the we can go in but not out canteen rule for one week is pointless, I enjoy eating lunch in plt much much more than eating in the crowded cafeteria, you guys don't let kids eat on time, some of the other classes lunch time is even later than 12:30. What if some of us have stomach problems?!?! I am still starving. You said that we could eat on the benches, OH WHY IT TURNS OUT THAT I CAN'T EVEN WALK OUT TO THE BENCHES!!

TCIS is a trilingual school and has the best Mandarin program. My child's Chinese improved a lot after he transferred to this school. Their teachers are all certified and are native speakers. I am very confident in TCIS and am sure that I made the decision to move my child here.

This is an amazing school with great teachers who care about students and their learning. Students speak three languages and go to great university. My children graduated from here and all were very successful in college.

This is the best school ever hahahahah

I admire how this school provides opportunities for students to learn Chinese, Thai, and English. The reason I'm giving it a four star is due to the lack of interest the students develop throughout their learning process. The teachers should know the students' weaknesses in their course, and improve our flaws for us to become better learners. Students appreciate those teachers, but those great teachers had left our school. No wonder students got bored and started to lose interest here in TCIS. Hopefully the school improves their education system more rather than focusing on the appearance and useless properties.

Not an international school. Ran by crooks, led by the "HOS", who's motto is "cheat to win". All good staff gone, nobody with integrity stays. Contracts are changed, good people/teachers hung out to dry. "Three" languages, the kids can hardly speak 1. Plenty of choices, choose a school with a soul. John McGrath is a joke, greasy Thai Ph.D, brutus himself. Hire's MS/HS principals with no experience and staff turnover rate is ridiculous. Latest stunt with have TCIS out of the Bangkok International Schools Athletic Conference. School is on borrowed time

89 other schools in Bangkok