It is anticipated in future years to be offering Cambridge University Board Advanced Level Examinations.

BIS is located on Jinshazhou Island [Gam Saa Zau] in the Baiyun District. The school campus is extensive with ample, fitted-out classroom space which currently includes a Music and Dance facility, a Library and Information Centre, an Art room, a Makerspace /idea lab, laboratory facilities, a football pitch and playing areas.

How would you rate Britannia International School (BIS)? 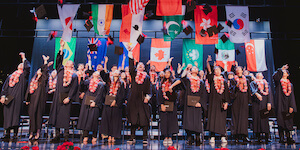 Love how the school atmosphere is so welcoming and open-minded

You can easily add Britannia International School (BIS) to your shortlist.

How would you rate Britannia International School (BIS)?

The experience at the BIS was absolutely poor. After the initial interview, we signed the contract because we were told that our son's teacher (NURSERY) would be native English speakers. After about three months, our son's class, without any notice, was divided into PRE-NURSERY and NURSERY. I state that my son is a mix (half Italian, half Chinese), and therefore having a native speaker to teach him in English was essential. We have been many times to speak with the principal, he began to say that in the pre-nursery course there would be a Chinese teacher who is not mother tongue but who has lived in Australia and his level of English was very satisfactory. My wife and I, nervous, pointed out that at the time of signing the contract we were told that the teacher had to be a native speaker as agreed. He started calling me racist (I am married to a Chinese woman). On the day of the delivery by the secretariat of the registration forms for the new year, it was written on our form that our son should have attended the RECEPTION, with a mother tongue teacher. We, excited, immediately contacted the principal who, with a furtive gesture during a party, took our form and took it to his office. The next day, we made an appointment with the secretary and took back our form certifying that our son had to go to the RECEPTION class. From that moment, the ordeal began. The secretariat, two Chinese people who do not even have a basic knowledge of English, began to say to wait, to wait, also because the headmaster, without any warning, would go away (it seems in Africa, it will be true ? Who knows ...), to teach in another country. When the new principal arrived, we had an interview with him who, in person and looking into each other's eyes, told us that he would take charge of the situation and within three days he would tell us if our son would have the possibility or not to access the Reception course and finally have an international education. It goes without saying that after two weeks the school ended and we never got any response. The school is a "fake" international institute, anyone can enter, and most are Chinese nationals. I state that generally, in international schools in China, it is possible to enter only with a foreign passport, from HK or Macao. The school is not serious, the staff tease and stall and just try to earn students and "make money". This obviously has a strong impact on the education of students. Furthermore, it should be noted that we were told that there were over 30 different nationalities inside, instead there is a high concentration of students from Arab, Chinese and no other countries. To sum up: . They do not respect written contracts . The principal keeps changing every year, probably due to inadequate skills . Most of the staff, especially the Nursery, are not native speakers, affecting the education of the little ones. . Security and structure absolutely not suitable for an international school

14 other schools in Guangzhou