Berlin Cosmopolitan School (BCS) is a non-profit international school with a focus on the sciences, music and dance in the heart of Berlin. We offer Kindergarten and Preschool as well as Primary and Secondary School (German: Gymnasium). Our school, founded in 2004 with its two campuses, is located in Berlin-Mitte in a very quiet area between Alexanderplatz, Monbijou Park, Hackescher Markt & Prenzlauer Berg. Today about 700 students from over 45 countries are enrolled at BCS. As an International Baccalaureate World School we are authorized to offer the curriculum of the Primary Years Programme (PYP) and the IB Diploma Programme on the basis of the educational framework of Berlin. After 12 years, students may graduate with the IB Diploma and the German Abitur. At Berlin Cosmopolitan School we encourage students to become active and responsible world citizens. This includes strong academics and multilingualism as well as the development of social and intercultural skills.

How would you rate Berlin Cosmopolitan School (BCS)?

This school is awesome. I feel at home, and wake up happy because of my classes every morning. The food is delicious, the teachers are really friendly and open to questions, and my life is the best. Go to our school, and don't listen to Mr.smith over there

Lisa Collinson, a year ago

We joined the BCS Community in September 2017, from the UK. Our children are thriving in an environment that is about the children being at the heart of everything. The quality of teaching staff is superb; the focus on academic ability as well as the softer skills is incredibly well balanced. An incredible learning environment and we will struggle to ever leave to go back to the UK

My son is presently in second grade and my daughter is starting next year. I am extremely pleased with the school. It's a caring environment with good family interaction. The teachers are passionate about what they do and the program is challenging and captivating. There is also a wonderful after school program. What makes BCS really stand out for me is that they focus of the growth of each individual student as a person, not just academically.

Great school and Kita with very professional staff and management. Nice atmosphere and friendly environment for children. I definitely recommend!

As father of 3 children who have all attended this school for 3 or more years I think I have a rounded view of its strengths and weaknesses. First, the strengths. Well, the location is good. Frankly it's so close to where we live that enrolling our children was a no-brainer, this despite the school having no playing field or sports facilities of its own to speak of. The first year our two sons spent at the school were ok. Our younger daughter studied at the BCS kindergarten and naturally moved to the main school when she finished there. The school professes to specialise in music and science. I have to say, in 4 years we saw no evidence at all of this. Music lessons, beyond the basic school provision, are offered only for extra cost after school hours. For science, we saw absolutely no evidence of any coverage at all in either the primary or secondary schools. Despite our strong interest in our children learning German, they made absolutely no progress at BCS. When our eldest son joined the secondary school he was told that by 8th grade he would need to speak fluent German. Bearing in mind the complete lack of German tuition in the primary school I don't know how they expected that to happen. When we asked the primary school principal about this recently he justified the lack of German language tuition by saying that it "is an English language school". The teachers in BCS have an email culture. Any issues the teachers have with a student requiring extra help are sent to the principal who then writes to the parents. In 4 tortuous years we received probably two dozen letters detailing issues which, our experience shows, would be handled easily in class in other schools. We eventually put this down to the inexperience of the teachers but upon reflection seems to reflect the culture of the school, where any problems are simply pushed back onto the parents without any support or effort on the schools part. Disappointing. This is a school where approximately half the staff are so called "afternoon teachers". These are basically unqualified child minders with a simple social work certificate. One of these, still in post, is actually also a current nightclub bouncer whom we had the misfortune to witness brawling on the embankment near the East Side Gallery while attempting to keep people off a party boat. Children are left in the care of these afternoon teachers for up to 3 hours a day. Despite one or two outstanding teachers the overall level of tuition is poor. The primary school have recently lost one of these notable staff members, which in a school with recruitment problems already is a damaging blow. Whatever our experiences of the primary school, nothing prepared us for the BCS secondary school. Here the weaknesses of the primary school are multiplied due to poor management. Despite us having numerous meetings with the principal of the secondary school where we raised our concerns with the tuition, nothing ever changed and, as the principal took no notes at any meeting he often forgot, or worse even denied things he'd promised. Our worst experience at this school was when one of the teachers had a meltdown in front of a horrified class of 11 year olds and assaulted my son, pulling his hair and pinching the back of his neck. Despite this being witnessed by a class full of kids and the school issuing a generalized apology about the behaviour of the teacher they tried to cover up the assault and repeatedly tried to stifle mention of it. In the 4 years our 3 children were at the school, despite numerous letters and many meetings with teachers, the owner of the school spoke to us precisely twice, both times in passing as we entered or left the school. She was totally disengaged. Within 6 months of our children joining the school we felt it was a poor choice. After 4 years I can say it was a terrible one. Avoid if you have a choice. 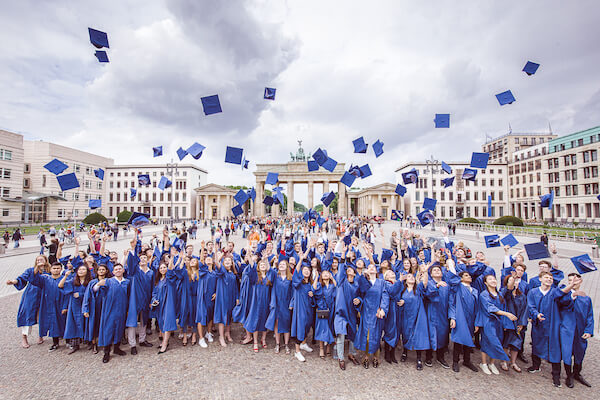